This past weekend I went to Basel with an organization called IAESTE (www.iaeste.ch). This organization is in charge of requesting visas for internships and they also plan fun activities. Basel is located in the corner where France, Germany and Switzerland meet. It is a pretty old town divided by the Rhine river and about an hour train ride from Zurich. Back in the day it used to produce paper and lace, which in time turned into chemical and pharmaceutical industries. It is also the grave of Erasmus von Rotterdam and quite a few other scholars (such as a couple of the Bernoullis).

The weekend itself was really fun, but it was wet and cold. On Saturday we did a guided tour around the city, went to a modern art museum, had an indoor BBQ, and then went out to an Irish pub. The place we were staying was an old war bunker turned into a hostel – lets just say it that on a five star scale it probably had about a -1... On Sunday we took a boat, a bus, a train and then another bus to a place called Wasserfallen (http://www.wasserfallenbahn.ch/Neu/startE.htm), where we did a fun (but wet and dirty) hike – and I also did a few zip lines :) The place was gorgeous, and on a nice day they say that you can see some of Switzerland's tallest mountains from there.

The group of people were quite nice, all very cultured and educated, and a bit younger of course. There was a fairly big group of Canadians, a Irishman (who did not drink!), some Ecuadorians, Brazilians, a Finnish, a Greek, a Japanese, and some other nationalities. For me this is one of the best parts of these kind of groups, seeing how despite our cultural and physical differences, we are all much more similar than different.

All in all a good weekend. 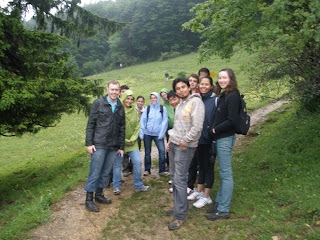 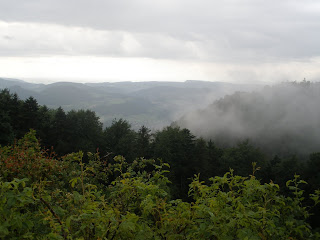 Not sure how a llama got here? 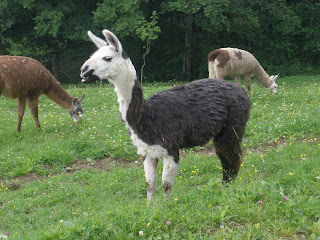 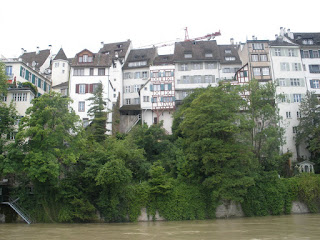 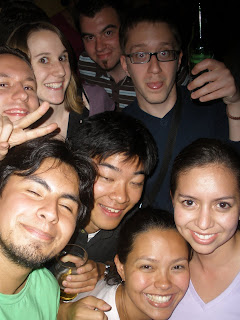 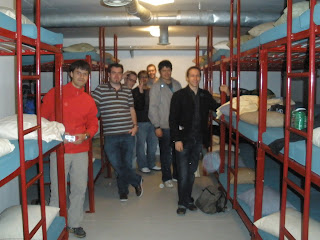 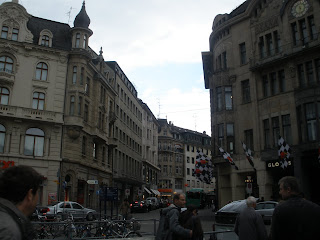 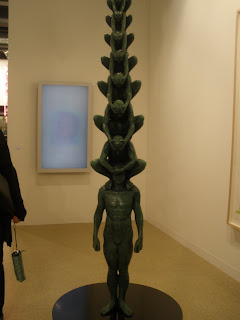 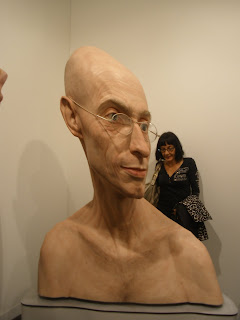 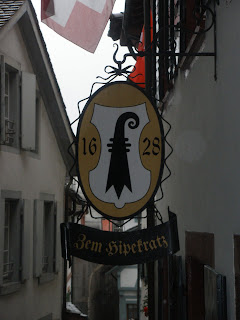 Small boats used to cross the river, they have no motors: 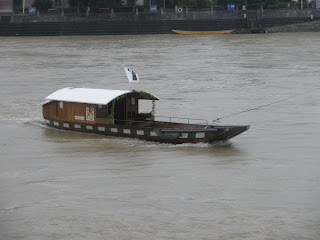 Inside a church were we sat for an organ concert (thought of you Kyle!): 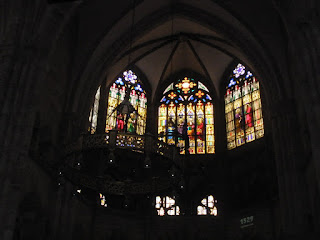 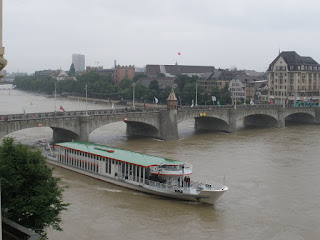 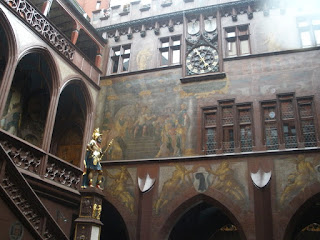