The first day was sort of rough... I was a bit jet lagged. Mafe and Robert have a really cute apartment. Mafe is a great host, and tourist guide! She had a whole schedule planned out for me. And Calla is super cute and chatty, she talks non-stop (clearly she takes after her father :)
First thing we did was to take the train to Hyde park, which reminded me a little of Central Park in New York. We then walked along Queens way to Kensington palace – which is the palace were the princesses live. Inside we saw the 'Enchanted Palace' exhibit. The exhibit was quite cool, and a little creepy, it was about the tragedies and weird things that have happened to 7 of the princesses that lived there. It had sort of an 'Alice in Wonderland' fell to it.
We then walked around South Kensington and Knightsbride, which are very posh and proper areas of London – clearly for people that have way to much money! There was no shortage of Rolls Royce and Bentleys around.
After a quick lunch we walked over to the Victoria and Albert museum. On our way there we passed the Albert Hall and the Albert Memorial – Albert was the consort and then husband of Queen Victoria. The Victoria and Albert museum was really cool, they had an awesome jewelry exposition, and a cool theater exposition. They also had an angry lady that told me off for taking pictures. In the middle of the museum I hit a wall and was extremely tired, I even had to drink a awful 2.5 pound coffee, and I hate coffee (I know,.. I'm a bad tico...)
After the museum Mafe took me to Harrods, a very old department store – with ridiculous prices! It was quite cool, sort of a Marshal Fields but more high end.
We then walked to Oxford circus to pick up Robert from his office. Which is very nicely located in the dead center of London. Interestingly, in the British work culture, everyone goes to a pub after work for a pint of beer – this should be copied around the world!
We then went to the Hard Rock museum for dinner and a nice pleasant conversation. I'm really happy of how well Robert is doing! I'm very proud of you brother! 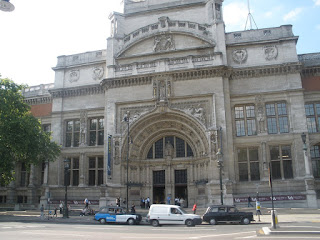 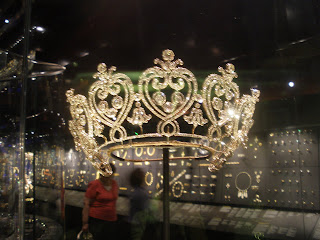 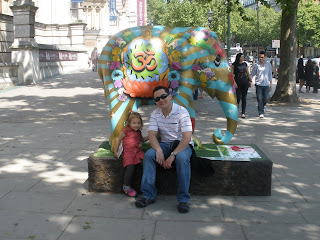 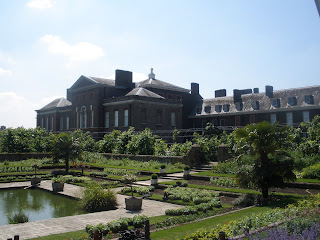 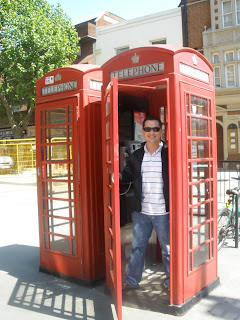 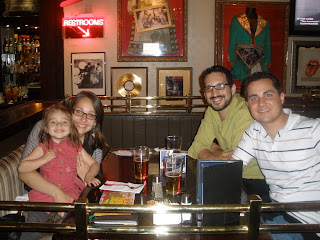