This weekend I attended another of IASTE's events: the International Zürich weekend. About 90 or so trainees from all over the world came to Zürich for fun activities. On Saturday we did a rally around the city. It was very fun they had us doing all kinds of silly things, and I got to see some new places that I hadn't been to. We then had a BBQ along the lake. The night ended with a party at ETH (one of the local universities). The only downside of the day is that when I got home I realized that I didn't have my wallet – which had all my Ids and cards! I freaked out, called the banks and canceled all the cards. Luckily, when I got the party someone had found it at the BBQ place! So for the next few days I will be without any bank cards... I also learned that in Zürich they charge you 50 francs to get a new card.

On Sunday we did a short trip to Üetliberg, which is the tallest mountain in Zürich. From here you get a great view of the city and the lake.

Having slept only four hours, and a still little hung over, I came home early in the afternoon. I was craving Costa Rican food, so I made myself arroz, frijoles molidos con Salza Lizano, and pollo en salsa. This is was only the second time I've cooked since I came here (no need to since Google feeds us). I must say I miss cooking, I also noticed that maybe (just maybe) I've become a bit of a cooking snob.. The cheap IKEA pans, a crappy serrated knife, and a stove you have to light with a match aren't exactly the same as our All-Clad pans, and professional German knives at home :) 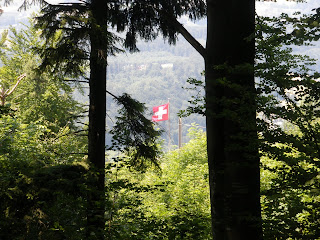 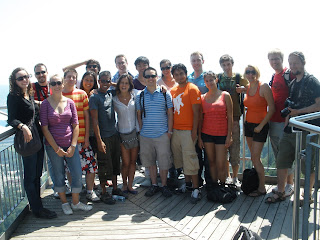 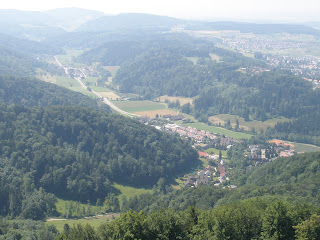 Yo! (city and the lake in the background) 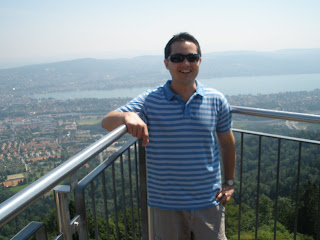 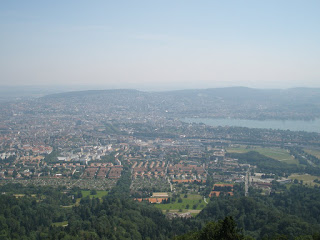 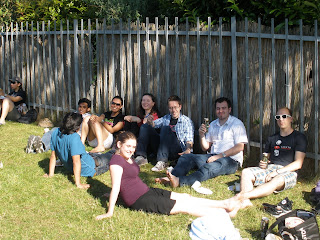 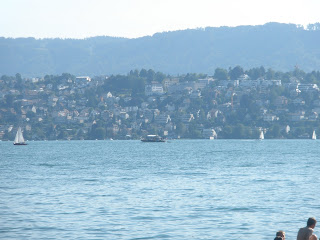 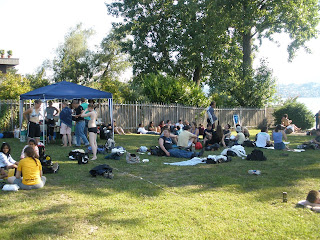 One of the stops in the rally: 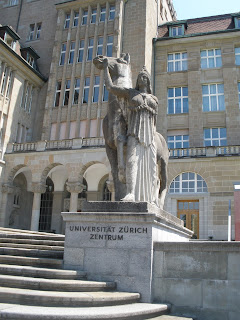 The city rally team (we didn't win, but we had fun!) 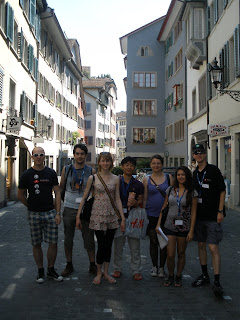