This Friday we had the Google Summerfest, a yearly party that Google throws for its employees and their families.

The party included about 900 people, 1200 sausages, 1792 bottles of beer, 300 liters of draft, 150 bottles of sparkling wine, paella, corn on the cob, chicken nuggets, a stinky cheese thing that they eat here in Switzerland, and tons of other snacks. It was full of activities, such as: streaming of the football games, karaoke (were we killed a version of 'We will Rock you'), a Zoogler band, giant Jenga, a really good cover band (www.pauldaspausenbrot.ch), sack races, two swiss dudes blowing the Alpenhorn (http://en.wikipedia.org/wiki/Alphorn), stuffed animals, inflatable balls, toilet paper, and a few other random things.

Needless to say it was very fun! 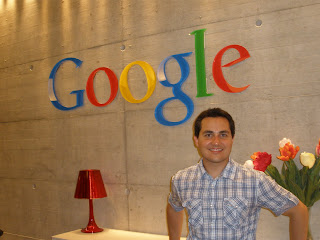 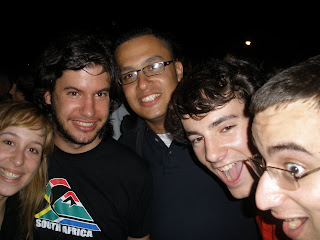 Hani, a stuffed tiger and Lucia during the cover band concert 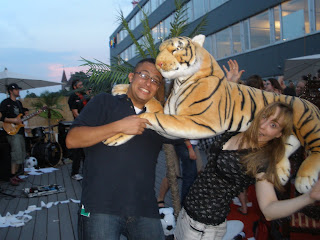 The terrace where the cover band played: 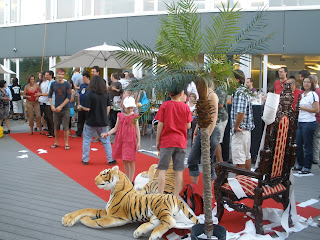 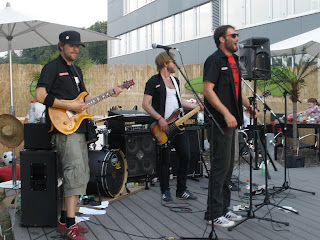 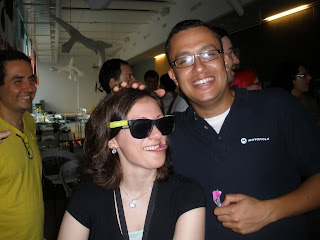 Ivo, Hani, Lucia and Andrei singing 'We will survive': 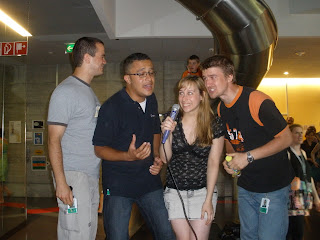 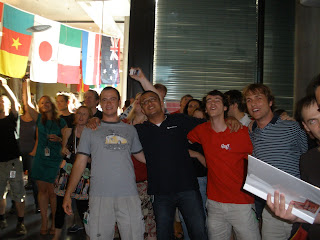 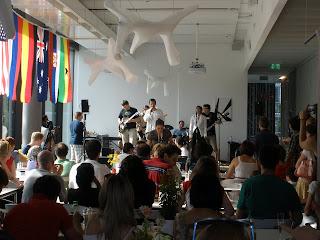 The grounds at Google: 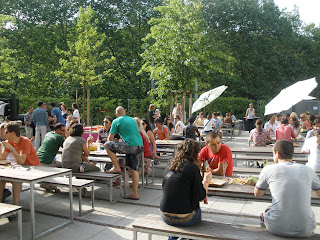 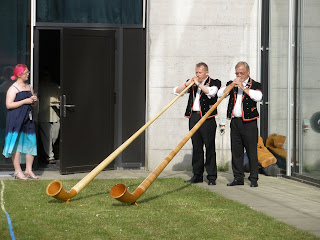 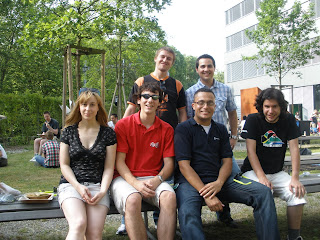 Posted by Carlos Andres Castro at 6:01 AM