Day trip to Geneva and the World Cup Final

This weekend I spent the day at Geneva with a small group of friends (a Canadian and an Irishman that I met through IAESTE, and Google intern from Romania that studies in Boston).

Geneva is the second biggest city in Switzerland, and it is located in the south west corner, jutting into France. It is probably the most famous of the French speaking cities in Switzerland. It is also a center for diplomacy and peace. The headquarters of the Red Cross, and of many of the agencies of the United Nations are located here. They are also famous for the signing of the Geneva conventions regarding prisoners of war.

We started the day walking around Lac Léman, where they have a huge water spout sitting in the middle of the lake, Then we walked around the old downtown, which was very pretty (but quite similar to Zürich). Then we went on to visit the United Nations. This part was really cool! I had been to the UN headquarters in New York City, and it is one of those places that when you leave you are left with feeling that there might (just might) be hope for mankind. At the end of the day we stumbled across some sort of crazy 'clubbing' parade, with lots of interesting characters!

On Sunday I went to Google to watch the World Cup final with a bunch of other interns. It was a super violent game, but luckily at the end Spain won!! It was an interesting World Cup, with lots of unexpected surprises. Great job South Africa for hosting it, and showcasing your beautiful country (vuvuzelas and all). Not so good a job from the refs, who in this day and age should start using the instant replay to avoid mistakes.

The water spout in Lac Léman: 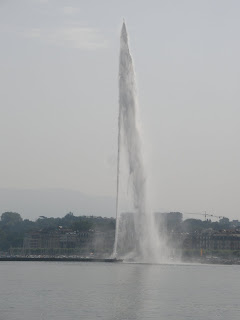 In a park in Geneva: 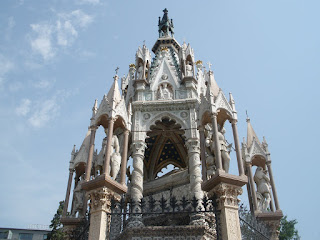 Michael, Emmett and I: 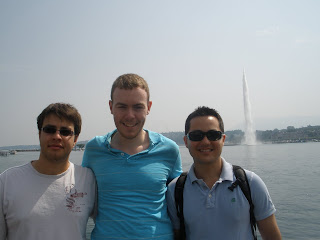 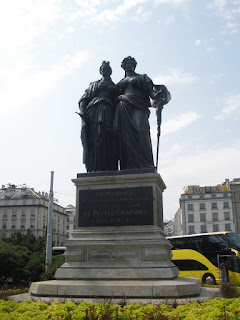 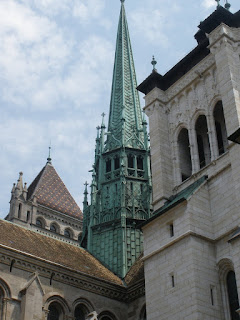 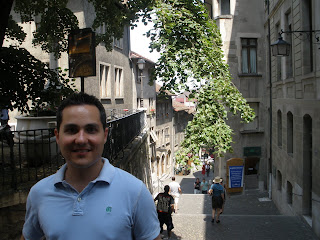 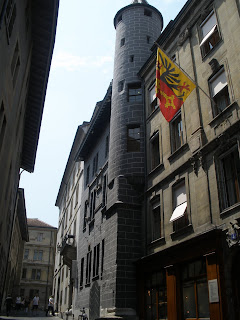 Emmett, Ana and I: 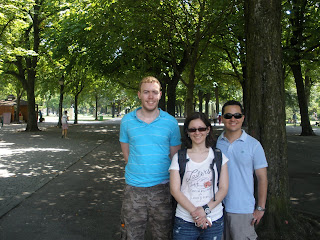 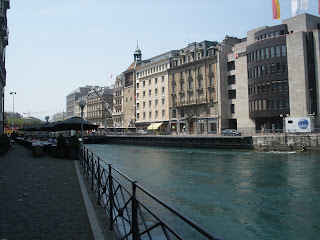 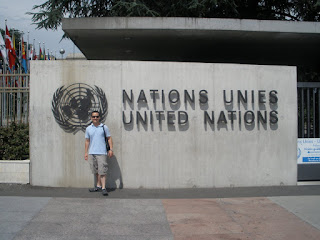 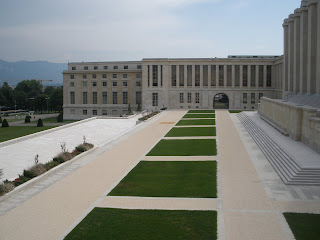 The UN flag and the Armillary Sphere: 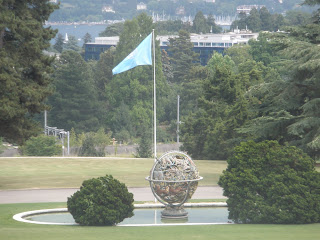 A crazy ceiling (created by Miquel Barcelo) inside one of the meeting rooms. It is meant to look like the ocean floor: 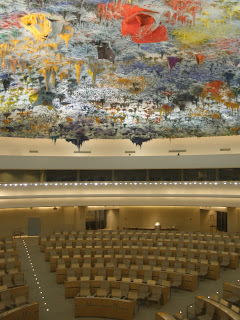 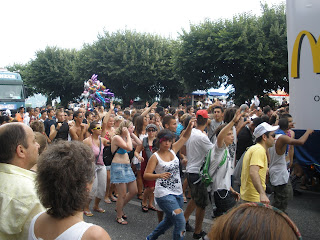 Lots of interesting characters... I think she might have posed for this picture: 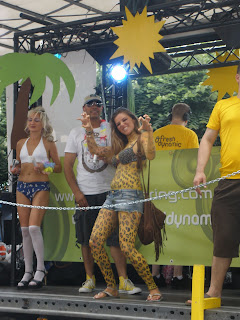